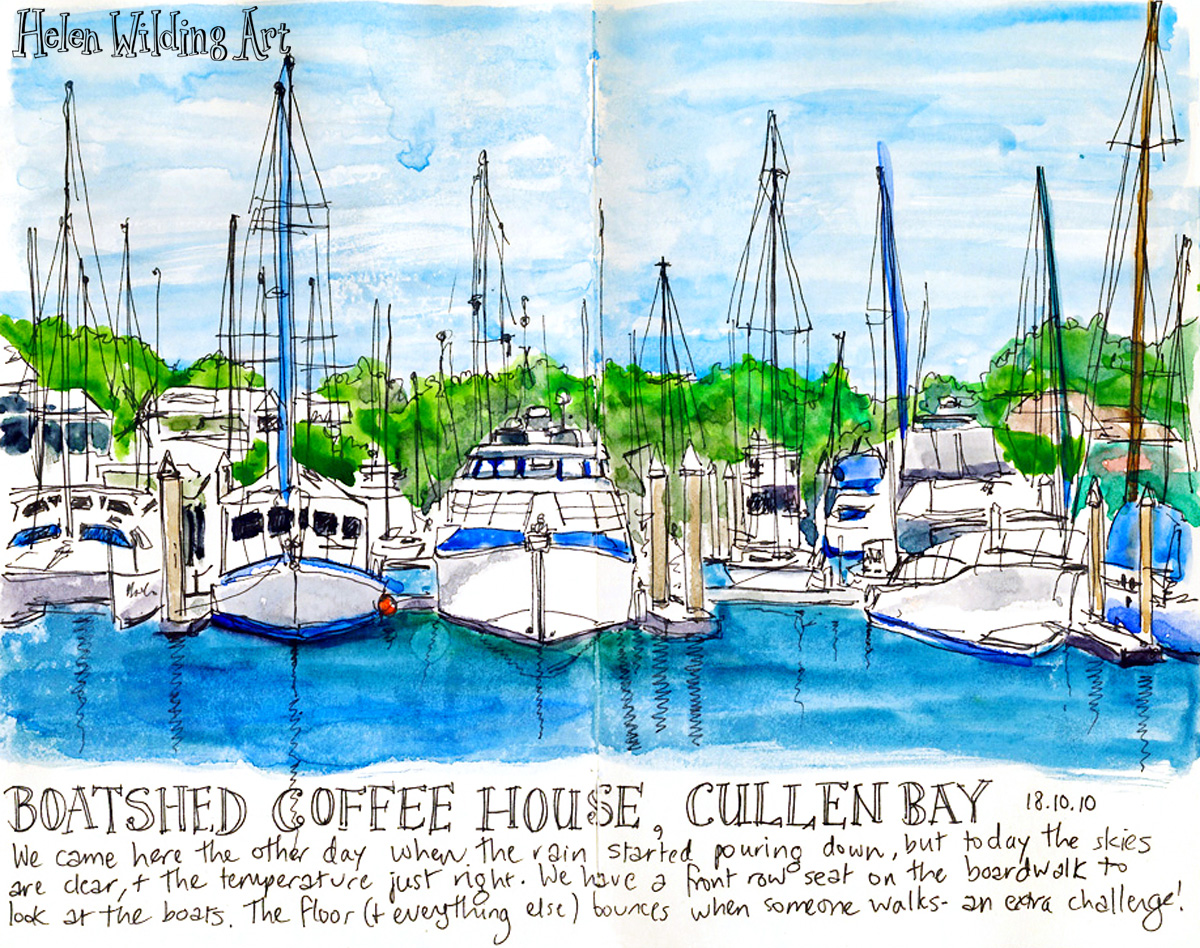 Cullen Bay is a waterfront area in Darwin with restaurants and cafes. In my nautically inept way I would probably describe it as a place where the boats park (apologies to anyone who knows better).

In our hometown of Melbourne a place like that would be packed with people no matter what the time of day or night, but on the couple of occasions that we ventured to Cullen Bay it was almost deserted.

We found a little restaurant that we really liked. It was just nice sitting out on the deck (or running inside when rain threatened). We didn’t care about the rainy season starting to move in early. It was no big deal because there was so much to see, and we didn’t have to rush (no kids cranky about the heat or being bored!).

After a morning of marketing and museuming we sat down to a bit of peaceful munching – me with my sketchbook, and my husband with his beloved Kindle. These young mums kindly posed for me until they got rained out. They chatted away as their babies quietly sat in prams – once they get their legs worked out it could be a different story! (I remember I was busting for my first baby to learn to walk, but when the second one came along I was in no rush!)

Not the most brilliant sketch, but it was the moment that I enjoyed. The simple fact of having the time to sit and draw was wonderful.

We went back again a couple of days later when the weather was better. This time I managed to get the watercolours out, and we could sit right on the edge of the jetty. I was much happier with this drawing – probably because I am hooked on colour. 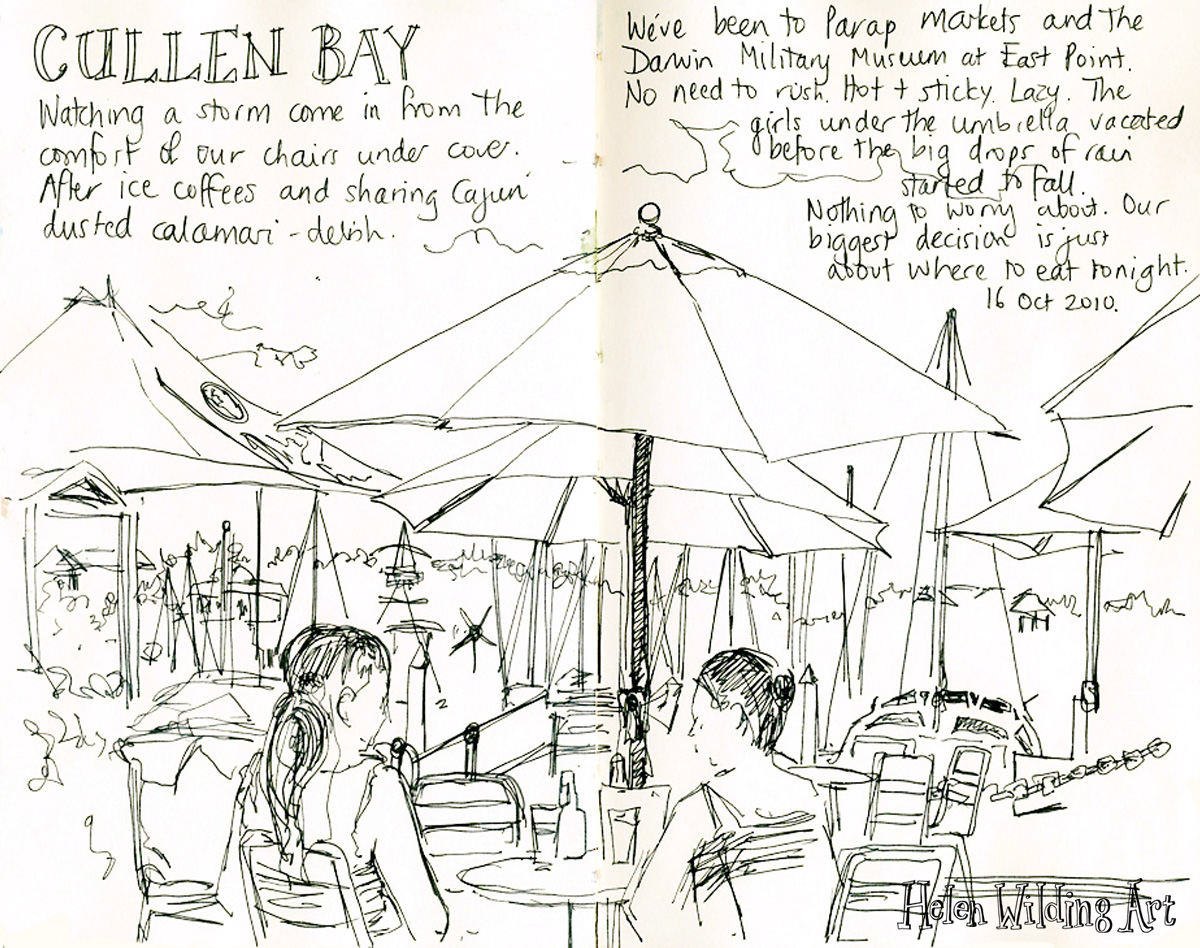 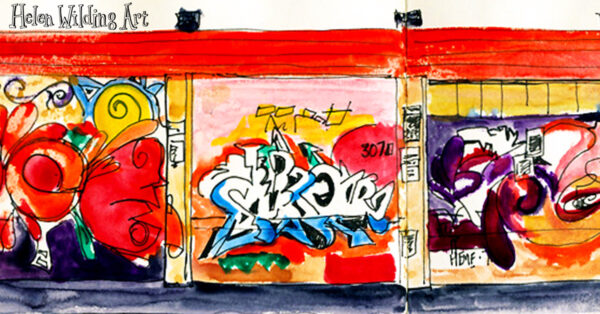 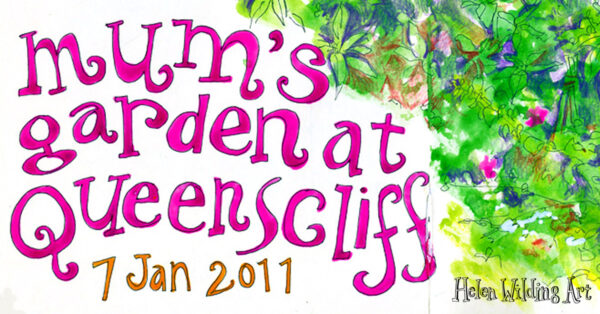 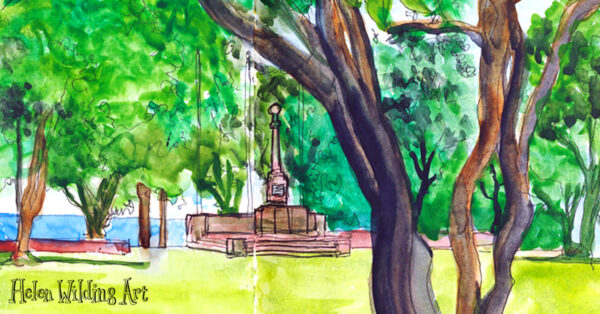 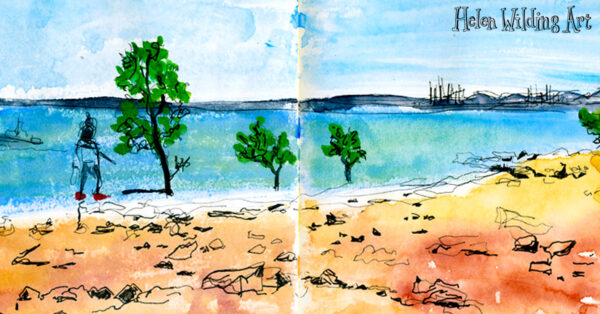 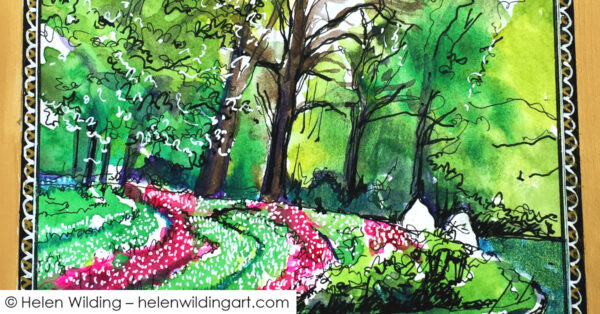 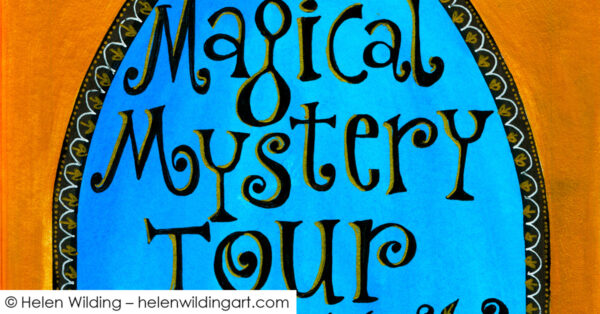 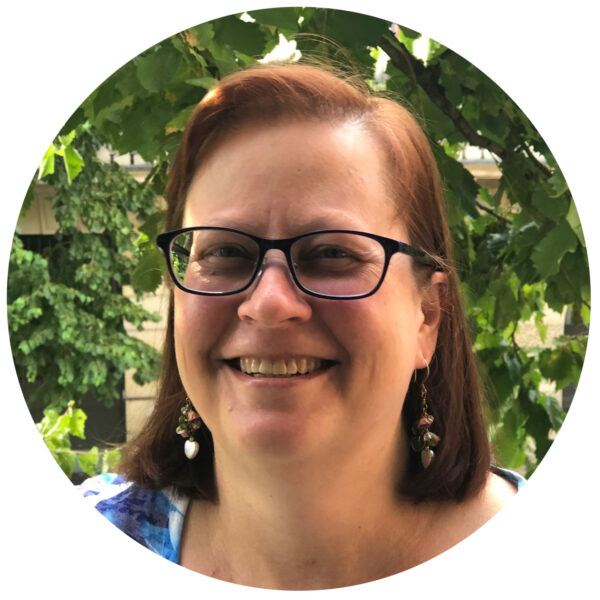